Org chart was first released 3 years ago after one of my clients let me open-source the code. After that many people began using it and feedback started coming in.

I have to mention and appreciate the people, who made donations, for which I am very grateful.

Org chart will use d3-flextree, which offers much more customization opportunities, than the standard tree algorithm

Now users can directly pass the function, which will generate each node content.

It will receive the d3 node as an argument, which means you not only directly have access to original data, but you also can take advantage of all d3 helper functions, like accessing parents, depth, width, and the height of node, getting descendants and accessors, looping over children via DFS or BFS e.t.c.

Apart from that, several helper props are added to the data (_expanded, ._centered,_totalSubordinates,_directSubordinates ), which will allow you to conditionally style the node

Here is a high-level overview of the common method signatures 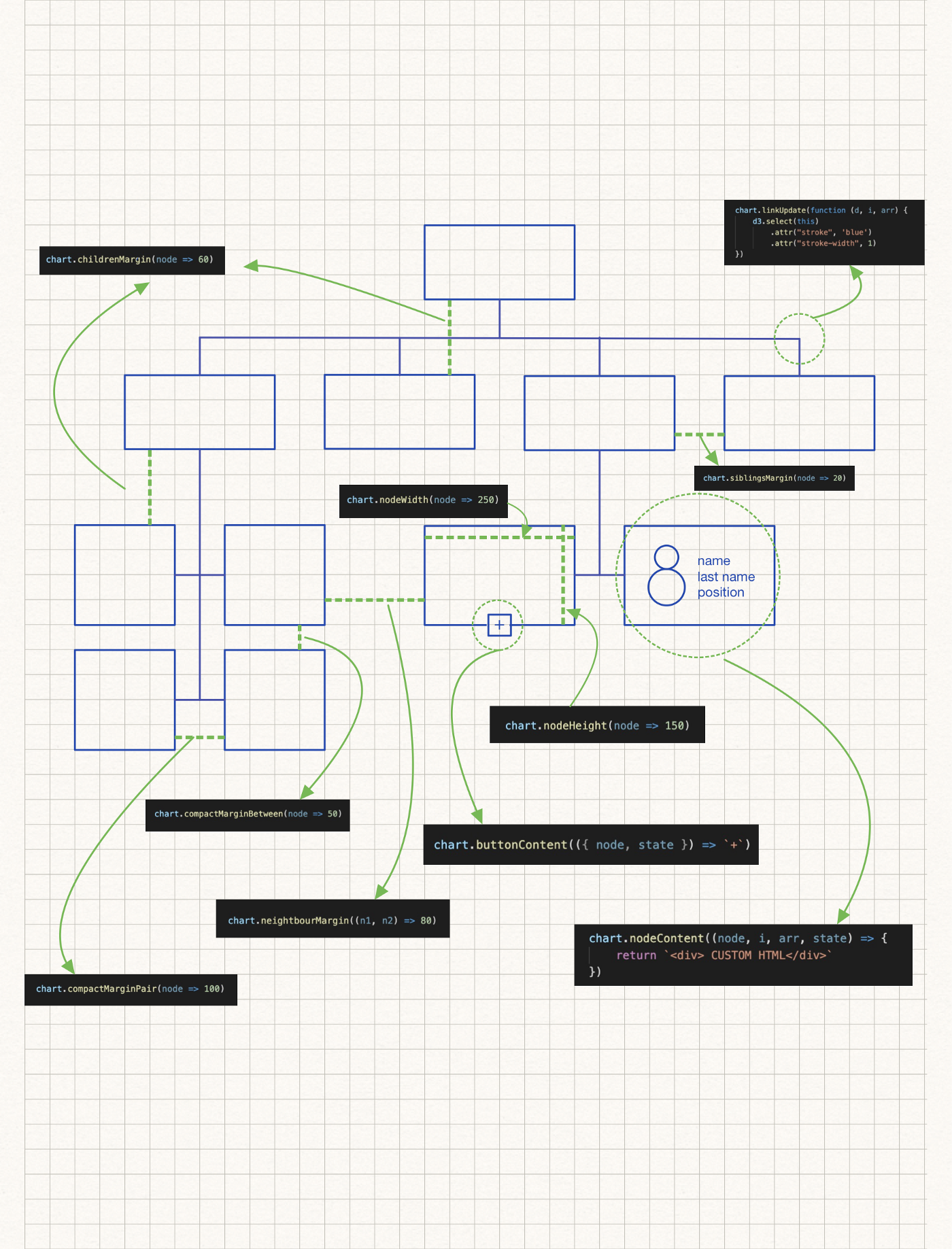 Now users will be able to switch between compact or standard tree layouts and they will also be able to choose 4 different directions (left, top, bottom, right)

Now you have the possibility to programmatically fit the chart to the screen, center, and highlight any node, and request a full-screen view. You also can zoom in and out programmatically (as well as manually).

In the new version, by default, the active node and branch will get centered, which is a huge win for mobile. It reduces the time for tree exploration drastically.

From now on, you can specify additional connections between any two nodes 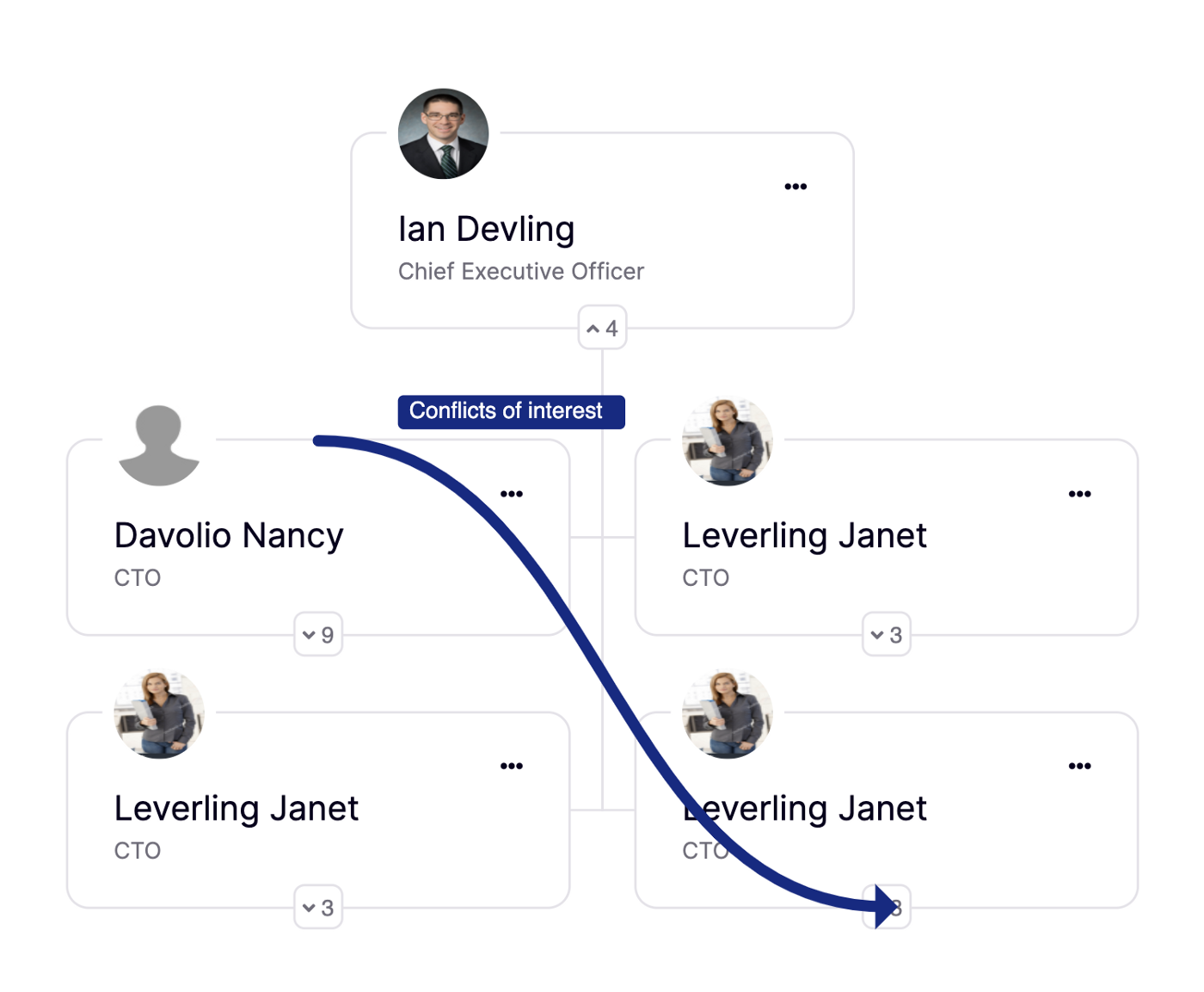 In the new version, you have the ability to export images in PNG or SVG format. You can pass a callback function to receive the base64 string back, which can be used to generate PDF (Check how it is done here) 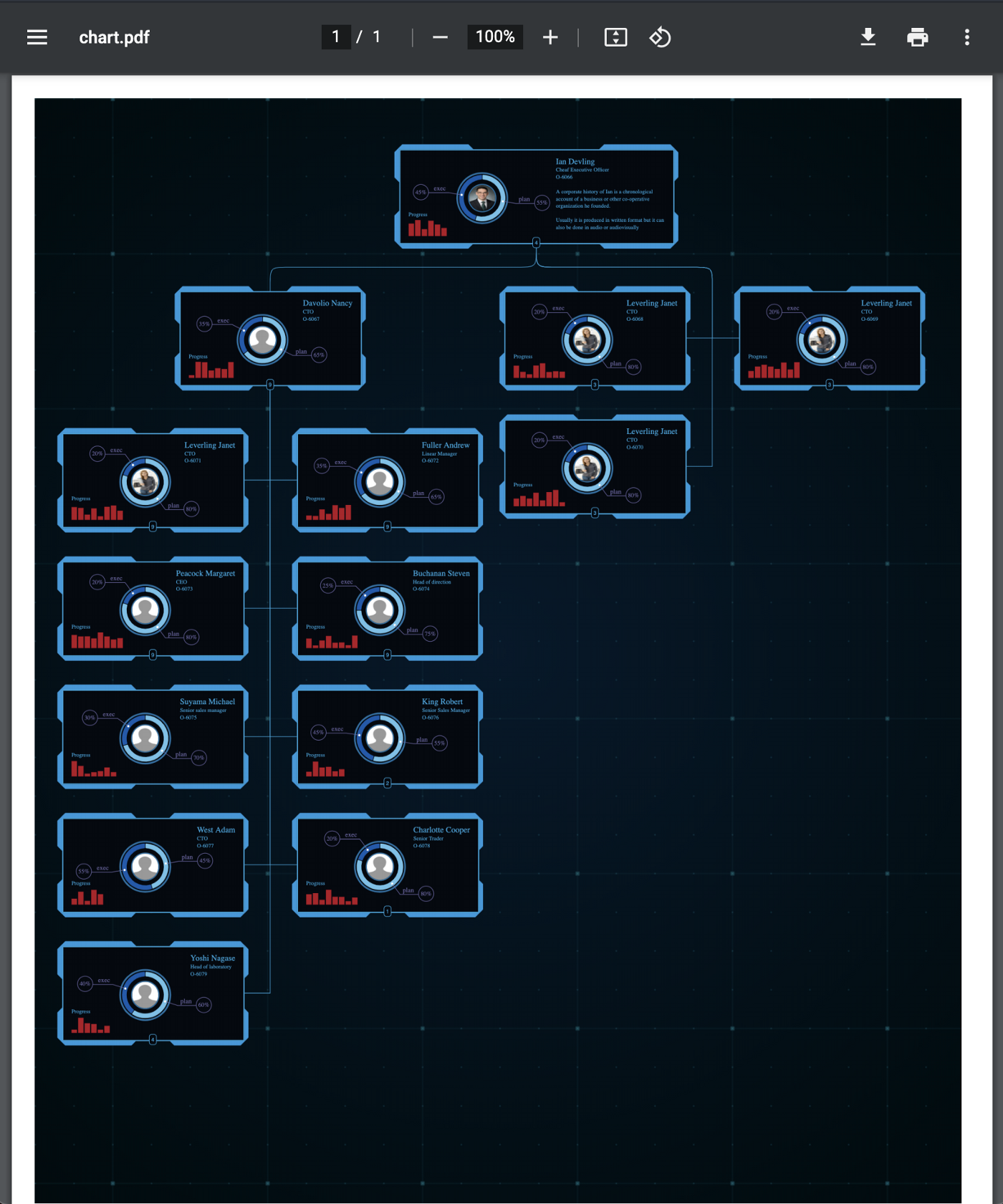 Several new examples were created for you to reuse. They are featuring different designs, layouts, and approaches of how to customize the default node view.

The updated version fixes some bugs from the previous version. All 3 major library/framework integrations are available. The new version imports only necessary parts from the d3 library, which should provide some optimizations as well.

If you need an org chart in your project, give it a try. I’d love to hear your honest feedback.

Thank you for reading.